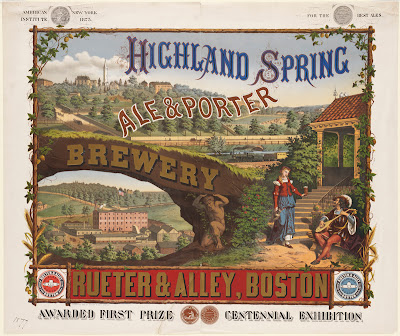 Here we have some brewery posters from the Boston Public Library Flickr group. Above is from Rueter & Alley, producers of Irish ales and porters. The plant stood on New Heath street beside the Boston Providence (now Amtrak) railroad tracks at what is now the edge of Jamaica Plain. One small brick building still stands - the rest of the brewery is now parking lot. 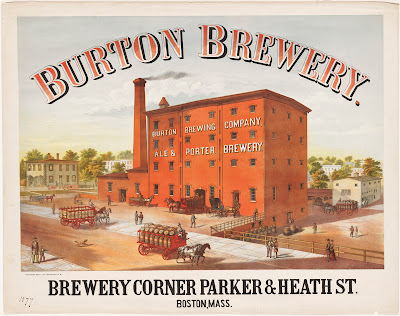 Across Heath street from Rueter & Alley was the Burton Brewery, brewers of Burton Ale, Bull’s Head and Special Porter. During Prohibition, this building became the home of Moxie, that unique-tasting tonic that once outsold Coca-Cola. The site is now park of the Bromley-Heath public housing development. 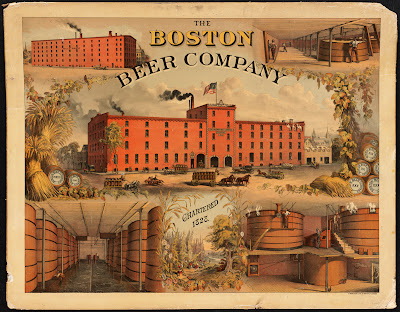 The Boston Beer Company was located at D and West Second streets in South Boston. I can't find out much about this brewery, other than it was chartered in 1828, making it significantly older than many other 19th Century Boston brewers. 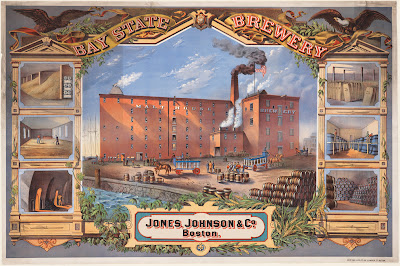 Bay State Brewery, also known as Jones, Johnson & Co., was located at H and East Second street in South Boston, and produced an India Pale ale, Present Use ale (whatever that means) and a Porter. In 1905, the brewery was sold to the Felton family, who were major distillers of rum. 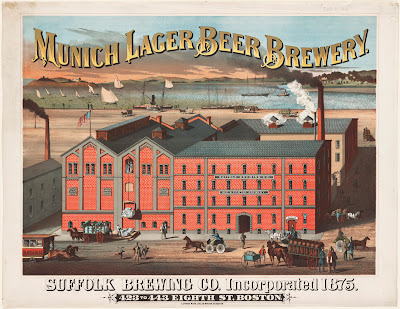 
For more information about Boston's lost breweries, read this article from the Jamaica Plain Historical Society
I'm reading: Brewed in BostonTweet this! Posted by Mark B. at 10:00 AM