I had forgotten about this collection, but I just followed a link to one of its photos. Unfortunately, the owner has decided not to make this images available via Creative Commons, so I can't download a photo and use it here to give you an example. I could have done a screen cap of course, but hey, if they don't wanna share, then so be it.

I linked to a series of Scollay Square photos from the 1950s, but feel free to poke around when you get there. There are many pages that I don't find interesting, but you'll have to see what's there for yourself.
Posted by Mark B. at 10:00 AM 0 comments 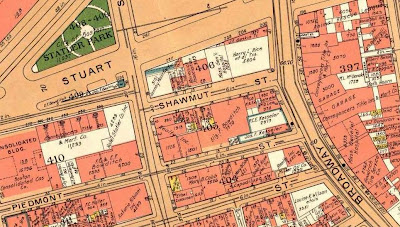 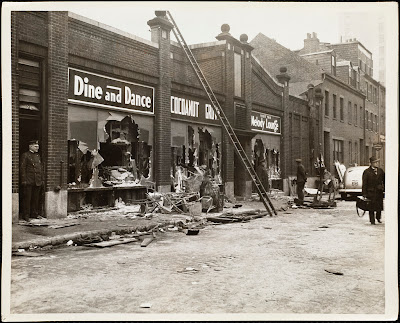 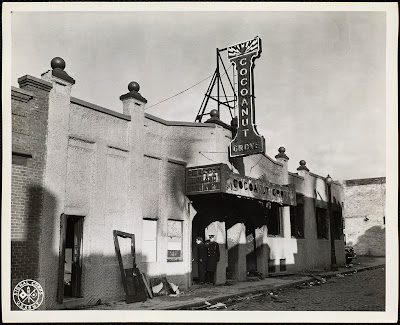 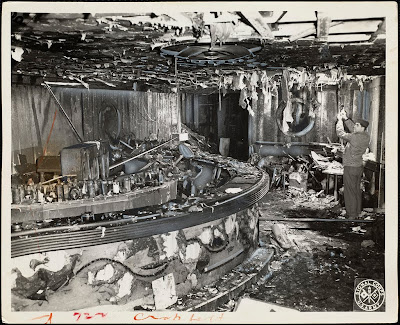 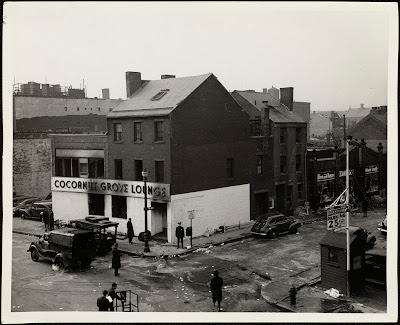 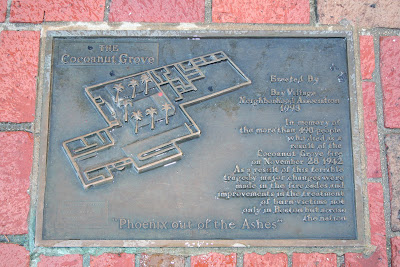 Assorted history of fires and firefighting in Boston. The material speaks for itself, so I'll just let you check it out. There are some dead links and some pages that were never created, but if you poke around you'll find lots of good stuff.

Boston Fire Historical Society
Posted by Mark B. at 10:19 AM 0 comments 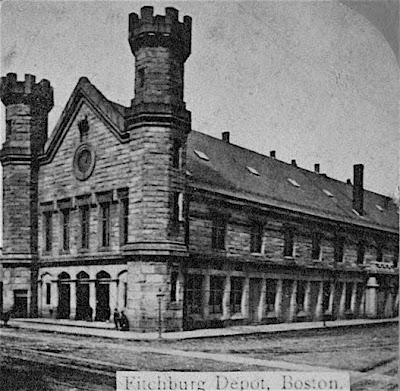 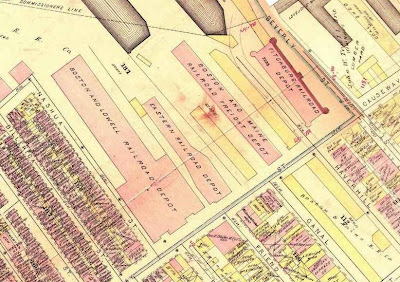 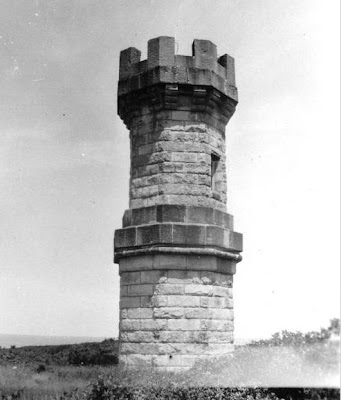 
Resource:  Boston's Depots and Terminals, Richard C. Barrett.
Posted by Mark B. at 10:00 AM 0 comments 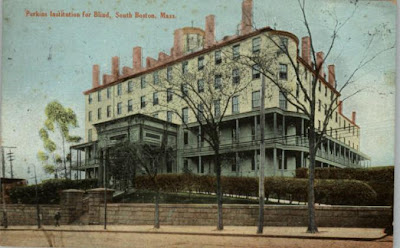 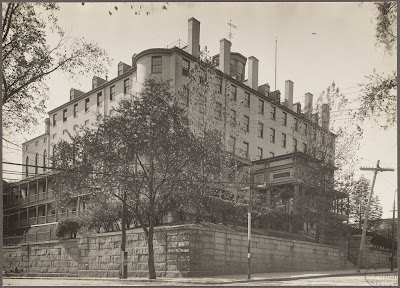 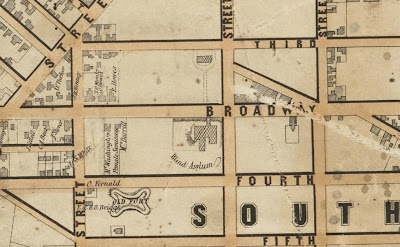 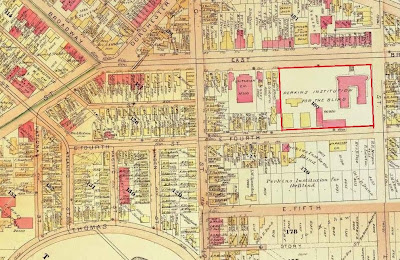 
I've already discussed South Boston's Carney Hospital - here's an institution that has its roots in the older, Yankee Boston. The Perkins Institution for the Blind was founded in Boston proper in 1829 by John Dix Fisher. After merchant Thomas Handasyd Perkins donated his Pearl street estate, the school was named to honor him.

It might be worthy of notice here that Perkins and his brother James made their money in the China trade, primarily selling Turkish opium on the Chinese black market, and entirely against Chinese law. The Perkins company and other Boston companies were the leading Americans in this notorious trade, and were different from contemporary South American and Mexican drug cartels only in that they didn't go about killing people. They simply bribed them. Thomas H. Perkins - the so-called Merchant Prince - was a pillar of the community and a philanthropic leader. And everyone knew where his money came from, and no one seemed to mind.

Originally the New England Asylum for the Blind, the institution was founded in 1829. The first leader of the schools was Samuel Gridley Howe, probably better known today as the husband of Julia Ward Howe, activist and composer of the Battle Hymn of the Republic. This is unfortunate, because Howe's story is remarkable, and deserves to be remembered. When the school outgrew it's first home, Thomas H. Perkins allowed his Pearl street mansion to be used.

In 1839, Perkins sold the house and donated the proceeds to buy the former Mt Washington hotel in South Boston. As a side note, over time the hill the school sat on was gradually cut away over time for ease of building. The black and white photograph above shows the walls that had to be built to retain the earth around the building after the slope had been cut down, a reminder of Boston's many cut-and-fill projects.

In an effort to help blind children of pre-school age, the Perkins Institution opened a Kindergarten in Jamaica Plain. I've already discussed that institution on my Jamaica Plain blog, so please go here to read about it.

In time, the school outgrew it's South Boston campus, and moved both the main school and the Jamaica Plain kindergarten to Watertown.
Posted by Mark B. at 10:00 AM 4 comments