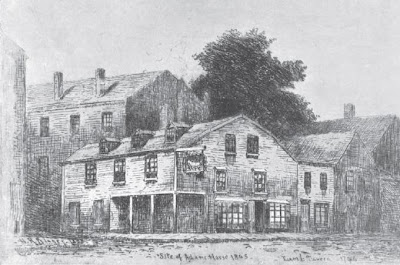 Lamb Tavern - site of the later Adams House, Washington street. First stage coach to Providence started there in 1767. Present during the Siege of Boston, pulled down in 1845 for the Adams House. 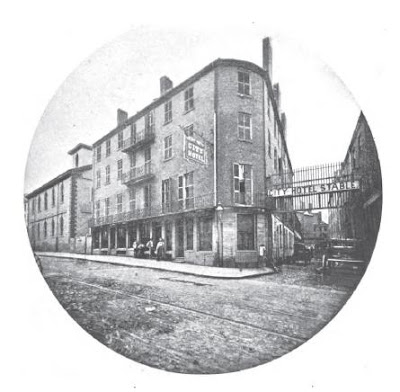 A stage coach terminus, the building was taken down in about 1868. It is reported that for almost 100 years, a cannon ball fired by Washington's troops sat lodged in it's wall. 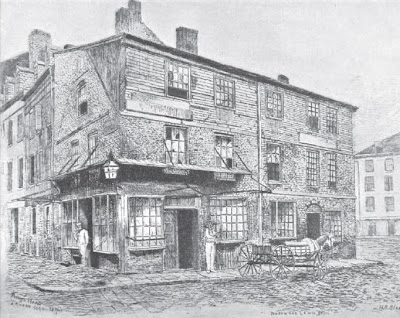 King's Head Tavern, North and Lewis (or Fleet) streets. Erected in 1691, This etching was drawn from an 1855 photograph. 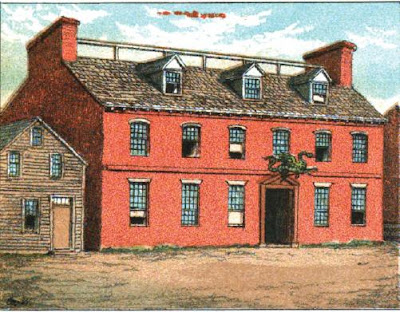 
One of Boston's most famous tavern, frequented by patriots during the run-up to the Revolutionary War. Also the first Boston headquarters of the Freemasons, Joseph Warren being the Grand Master. The building was torn down when the street was widened in 1828. 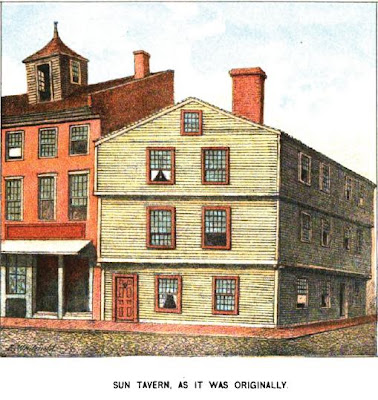 The Sun Tavern was built in 1690, opposite what would be Faneuil Hall. A James Day kept a tavern in the building in the 1750s, and the Portsmouth stage coach stopped there. 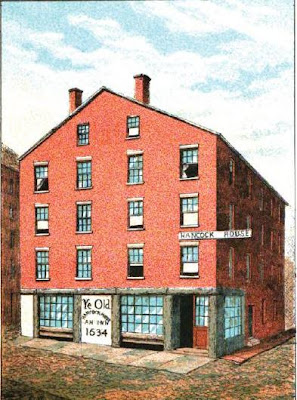