The Great Roxbury Fire of 1894 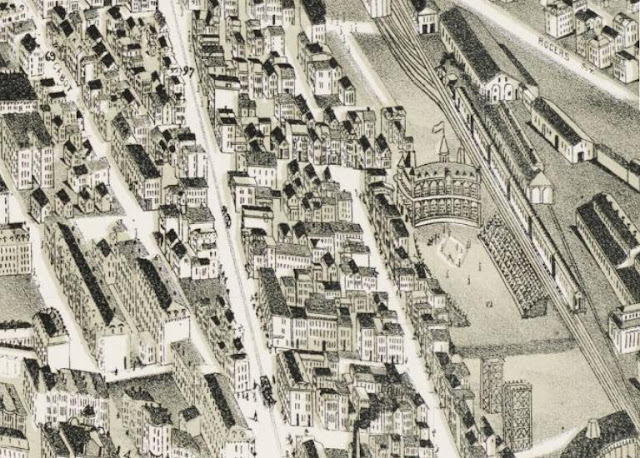 Boston has suffered many disasters in her history, but most, putting aside a single big earthquake and the odd hurricane (and the molasses flood), have been fires. Colonial Boston was a city of wood frame buildings, and was swept repeatedly by fire. While the memory of these events are lost to all but the specialist, most Bostonians are familiar with the great fire of 1873, which left much of the warehouse district in ruins.  But gone from popular memory is the city's second largest fire, the great Roxbury fire of 1894. 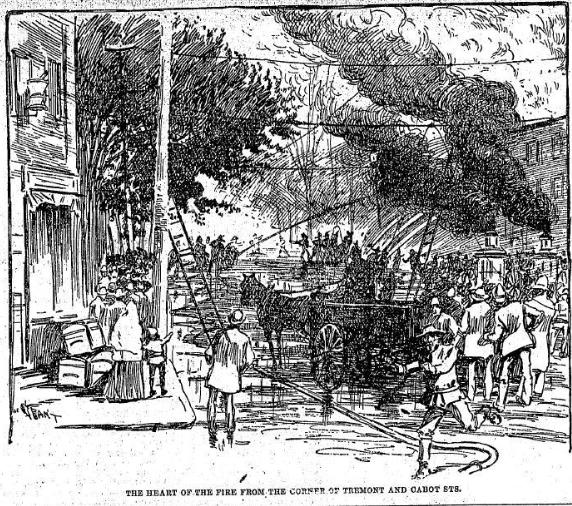 The Heart Of The Fire From The Corner Of Tremont and Cabot Streets (From the Boston Globe, May 6, 1894).


The Boston Beaneaters were playing the Baltimore Orioles on Tuesday, May 15, 1894. The ball park had been built in 1871, and rebuilt and enlarged with new stands in 1888. After the end of the third inning, smoke was noticed coming from under the right field bleachers. Reports after the fire said that a small group of men saw the fire, and could easily have stomped it out, but a policeman told them to leave it alone, and that he would take care of it. When Beaneater right fielder Jimmy Bannon saw flames through the stands, he ran to put it out. A gust of wind fed the flames, and Bannon was driven back. Soon, the right field bleachers caught fire. From there, the outfield fence caught fire, and ran to the left field bleachers, engulfing them as well. Fans stood in the middle of the field to avoid the flames. 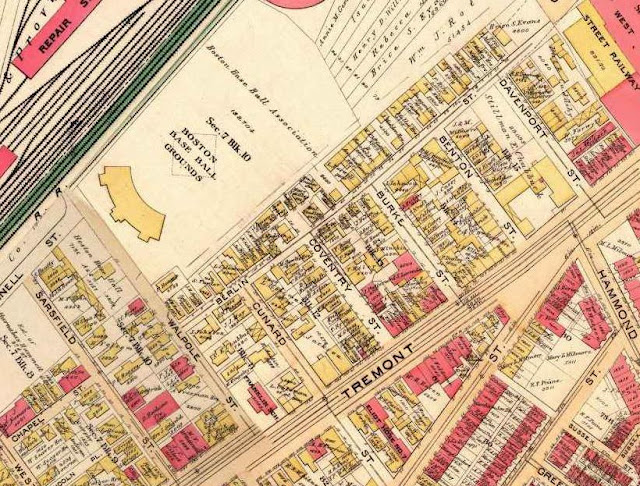 1890 map showing where the fire would occur.

Observers later said that district fire chief Sawyer, present at the game, refused to call in the alarm until it was too late to prevent the spread of the fire from the bleachers to the grandstand and out into the surrounding neighborhood. The buildings that backed on Berlin street were soon burning. In an hour, twelve acres had burned, 200 buildings had been destroyed, and 1900 people were homeless. 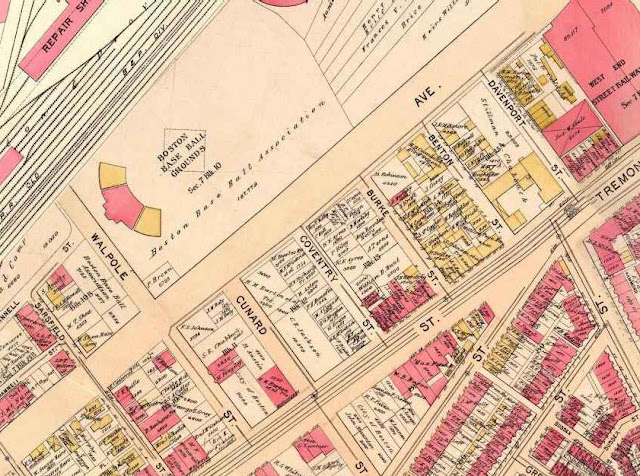 From Berlin street, the fire spread to Burke, Cunard, Coventry and Walpole streets. driving people from their homes so fast that they didn't have time to save any of their property. 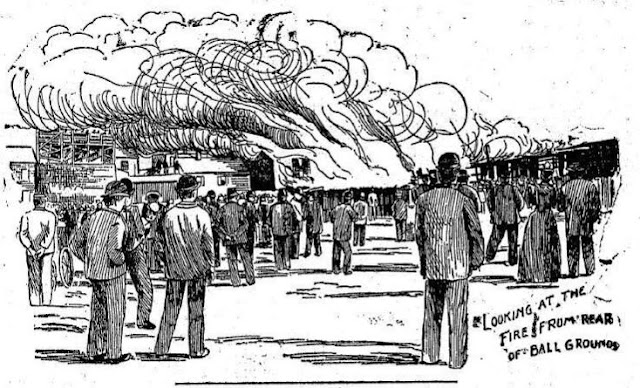 Looking At The Fire From Rear Of Ball Grounds. 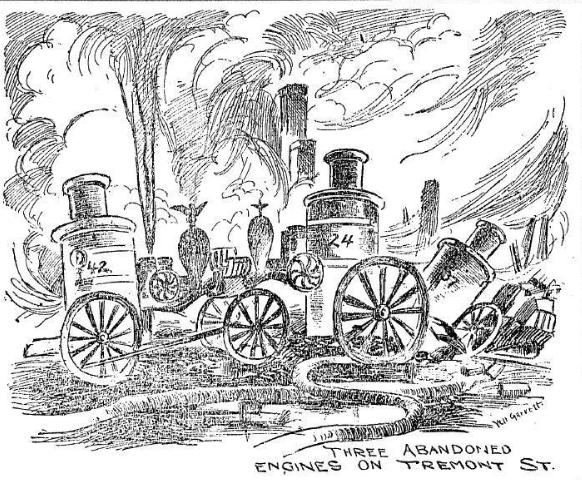 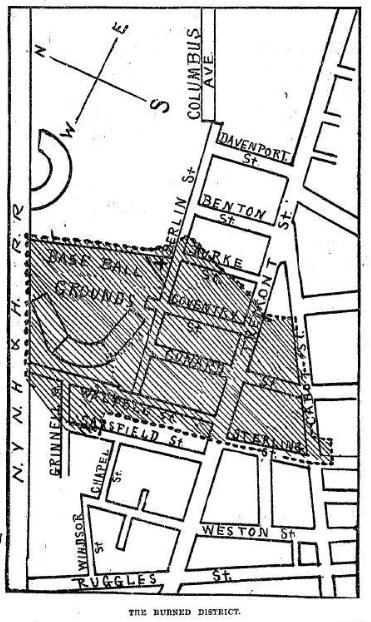 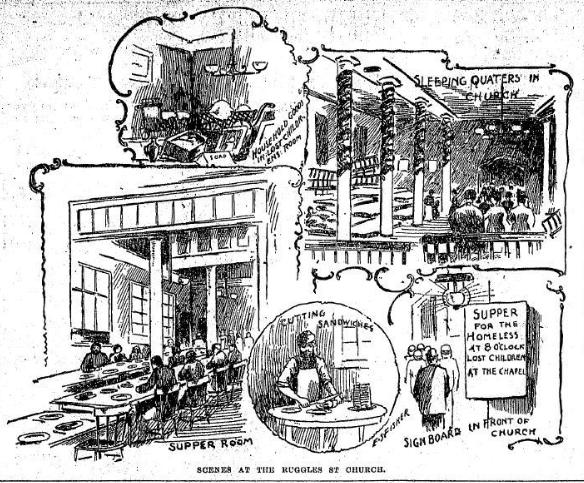 Scene At The Ruggles Street Church.
Posted by Mark B. at 4:30 PM 0 comments