Book Review: Sargent's Daughters - The Biography of a Painting 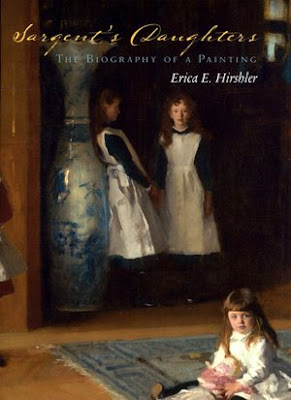 In 2009, I published an article on my Remember Jamaica Plain blog about the Boit family. The hook for the post was John Singer Sargent's painting The Daughters of Edward Darley Boit, a favorite of mine. I've just learned that the same year, Erica E. Hirshler published a book on the painting, so I've taken a look at it. While Edward D. Boit did live in Jamaica Plain as a child, he spent much of his married life in Europe, and while in the United States stayed either on Beacon Hill or in Newport. Which means that the book itself says nothing about Jamaica Plain. It does, however, speak of Boston, so I thought I'd put this follow-up to the earlier blog post here.

The book does a good job giving a sense of the American expat life during the late 19th century. The book is the story of both the Boits and of Sargent, and shows how their lives were intertwined for many years. We get Sargent's development as an artist, observations by their mutual friend Henry James, and much information from the diary of Edward Boit's brother Robert. And of course, we get the daughters. Much has been made of the later lives of the girls, and Ms. Hirshler shines a good deal of light on what has long been a mystery.

Very little of the book features Boston, but the oldest daughter did have her 'coming out' while the family was on one of their rare return visits. And the painting was in and out of the Museum of Fine Arts - first as a loan, and then as a gift. Still, you do get a sense of Boston Brahmin life, even if most of it is in exile. One particular criticism grows out of the simple fact that very little is known about the genesis of the painting. Occasionally, the author falls into the 'what was he thinking?' rhetorical gimmick, in an effort to fill in the historical blanks. Of course, it's a shame we don't know certain things, but that doesn't give us license to impose upon real life characters. This extends to quoting from a contemporary of a character of whom little is known. The quoted passages may represent a window into the life of the person of interest, but then again, maybe it doesn't. This minor quibble aside, the book is definitely worth a look if you're a fan of the painting.
Posted by Mark B. at 10:00 AM 0 comments

Book Review: The Theatres of Boston 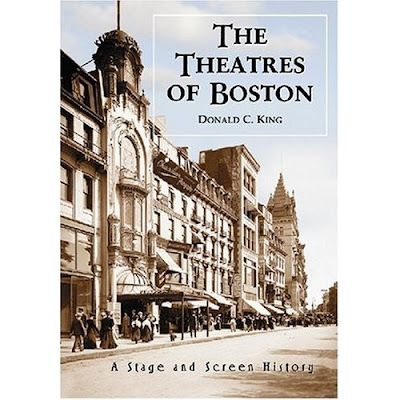 In an effort to learn more about the history of movie theatres in Boston, I searched out The Theatres of Boston, by Donald C. King. Much of the book's focus is on theatres proper, rather than cinemas, but the latter part of the book does feature cinemas, and the two naturally go together.

The book goes back to the Colonial era, with Puritan Boston's aversion to theatre - both John Hancock and Samuel Adams were firmly against. You get the full history of theatre development, slowly at first, and then the buildup of the first theatre district, the growth of vaudeville, and the gradual shift to moving pictures. For those who bemoan the lack of cinemas today, I found it interesting to learn just how much was lost by the end of the 1960s. I also learned that the first porn theatre in the Combat Zone was actually in 1960 - before the tearing down of Scollay square. The story that's usually told is that such businesses moved to lower Washington street after Scollay square was razed, which was 1962.

The book alternates between story telling and more reference-like passages. Some chapters are little more than descriptions of theatres - size, seating, interior design and materials, etc. This is of interest to the specialist, but for readers like me, such passages are easily skipped.

There are drawings, photos and posters to liven things up. I'd call this a good library book - not something I'd buy, but worth a read-through.
Posted by Mark B. at 10:18 AM 3 comments 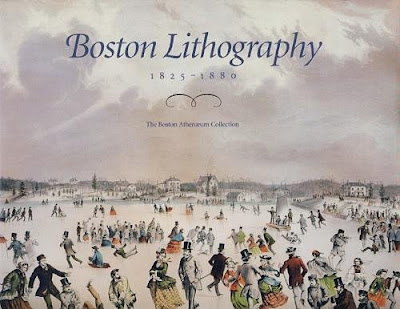 The book is subtitled The Boston Athenaeum Collection, and presents 128 prints, about half black and white and half color. It features Boston lithographers, so while many represent images of Boston, it also includes portraits, sheet music covers and scenes from other communities. It opens with a text section that discusses the development and growth of the industry, and ends with a reference section on the various firms and artists. Some of the Boston-specific prints are already available online, but it's nice to have them in hand.
Posted by Mark B. at 11:16 PM 0 comments