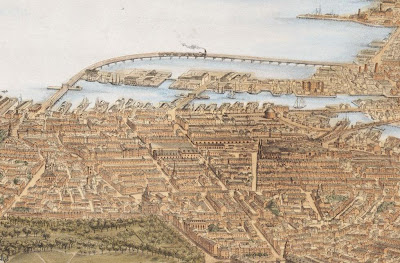 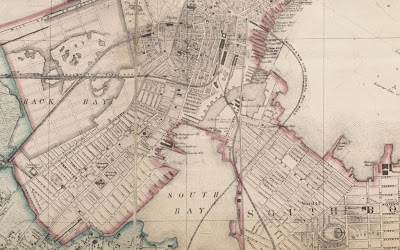 The Boston and New York Central railroad was formed in 1853 by a merger of three existing lines. This has been a little more difficult railroad to research than most. If I understand correctly, it connected to New York through Connecticut. I'm fairly sure that this track became today's Fairmont line, which turns west through Mattapan and runs along the Neponset river to Readville. I wonder what it was like riding that trestle through the harbor during a Nor'easter. Did they hold up the train in South Boston?
I'm reading: Lost Train Stations: Boston & New York CentralTweet this! Posted by Mark B. at 10:39 AM