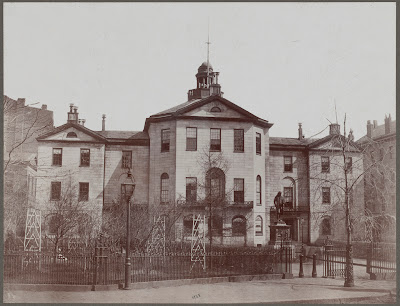 
Boston made the change from town to city in 1822. At that time, the old State House became a temporary City Hall. In 1841-42, the Old Court House on School street (the building shown above) was taken over as Boston's City Hall. Twenty years later, this building was demolished, and in 1865 the new Old City Hall, which still stands on the site, was opened for business.
I'm reading: Old Old City HallTweet this! Posted by Mark B. at 10:00 AM