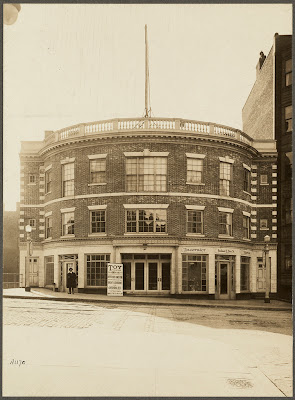 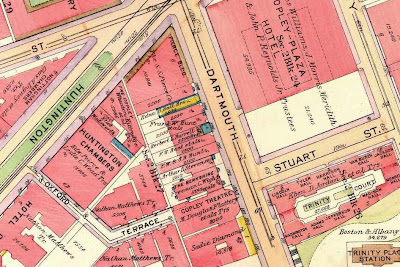 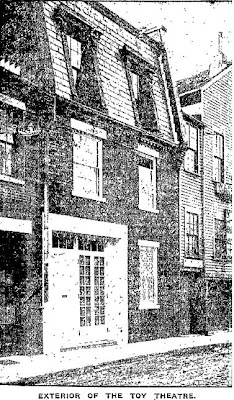 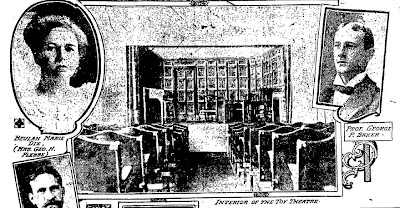 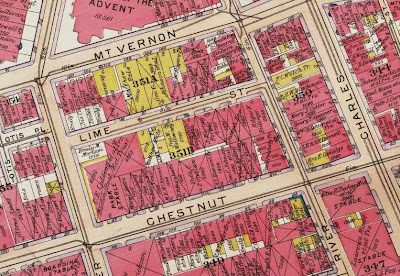 The new Toy Theatre was built in 1914 on Dartmouth street in the Back Bay. Somewhere along the line, management was turned over to a Mr. Jewett, who offed acting lessons there. In 1937, Mr Shubert bought the property and turned it into a movie theatre. When Stuart street was extended across Dartmouth street, the theatre building was moved away from Dartmouth street, and an entrance was run from Huntington avenue, where it became the Sack Capri, which would run Breakfast at Tiffany's and La Dolce Vita. The theatre and the entire block was lost in the early 1960s to a new Mass Pike exit ramp.
I'm reading: The Toy TheatreTweet this! Posted by Mark B. at 6:20 PM