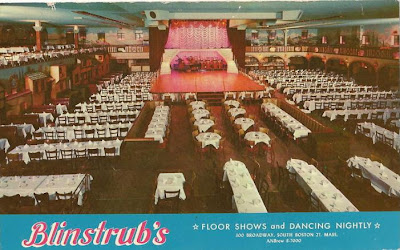 A fire in February of 1968 destroyed the building, ending 35 years of success on the site. Blinstrub's Old Colony restaurant survived for years in Dorchester, a reminder of a time when the name Blinstrub's was the leader in Boston entertainment.
I'm reading: Blinstrub's VillageTweet this! Posted by Mark B. at 10:00 AM