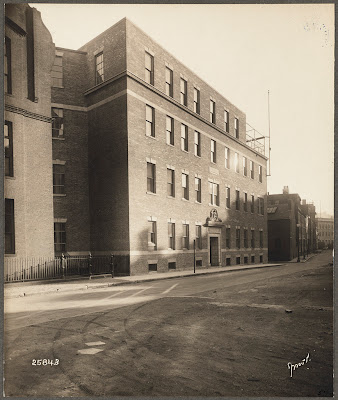 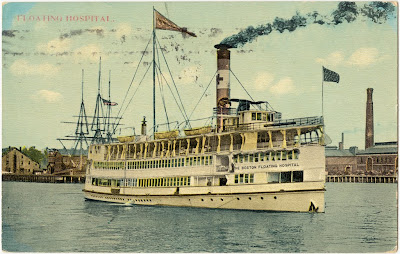 
Once upon a time, the Boston Floating Hospital actually floated. 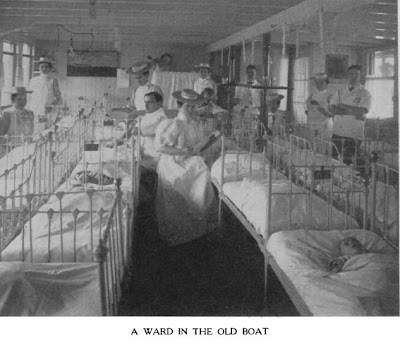 
Under the influence of minister/philanthropist/writer Edward Everett Hale and a similar facility in New York City, Reverend Rufus Tobey founded the Boston Floating Hospital in 1894. The facility began on a rented boat, with the intention of taking mothers and children from the tenements out of the city and into the fresh air of Boston harbor for medical exams and care. They also sought to teach poor mothers how to care for their children. This element - middle class WASPs concern with the ability of immigrants to raise their children properly - ran through late 19th Century and later Protestant philanthropy.

In 1906, the organization built their own dedicated boat/clinic for the treatment of children. They became known for their advances in the typical childhood diseases of the day, particularly gastroenteritis, which often came from unrefrigerated milk. During the 1920s, they expanded to an on-shore facility, and in 1927 when the ship burned, the decision was made to move permanently to land. In 1931, the Jackson Memorial building opened. 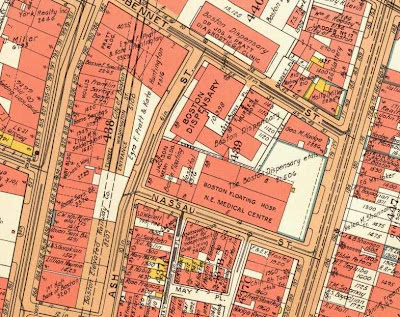 My only connection to the Floating Hospital is shown above. As the Forest Hills elevated train went down into the tunnel portal on the way in town, the Floating Hospital could be seen to the right. Most of what you saw was the backs of brick buildings and weedy trees growing up through asphalt, so it was not an attractive sight.
I'm reading: The Boston Floating HospitalTweet this! Posted by Mark B. at 10:00 AM

Email ThisBlogThis!Share to TwitterShare to FacebookShare to Pinterest
Labels: Hospitals