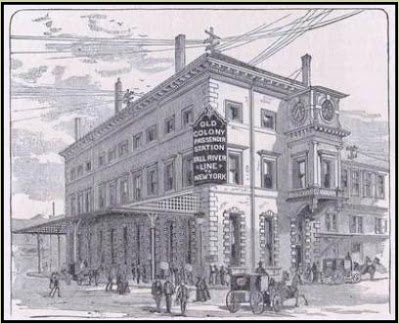 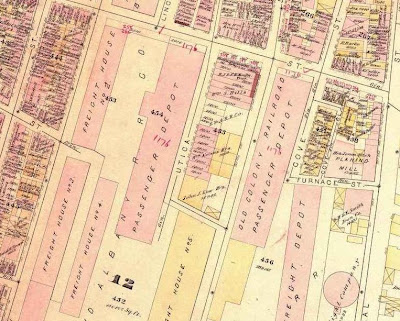 
While Boston's earliest railroad lines were laid out in the 1830s, it wasn't until 1844 that the Old Colony line was built between Boston and Plymouth. The line quickly expanded to serve southeastern Massachusetts and Rhode Island, with criss-crossing lines serving Cape Cod to Provincetown and Woods Hole, the southeast coast to New Bedford and Fall River, as well as Newport and Providence in Rhode Island. After many mergers and the resulting expansion, the company was bought out by the New York, New Haven and Hartford Railroad, which gained an effective monopoly on rail service in southern New England.
I'm reading: Lost Train Stations: Old ColonyTweet this! Posted by Mark B. at 10:00 AM