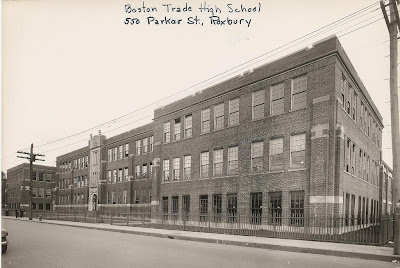 This is my second school post recently, this one featuring 20th century high schools that disappeared. In recent decades, so many schools have been closed that it's hard to keep track. These high schools operated during a more stable time, yet they too came and went.

Like many of these school, a single-sex institution, Boston Trade featured hands-on training over academics. I understand they had a particularly good automotive repair program. 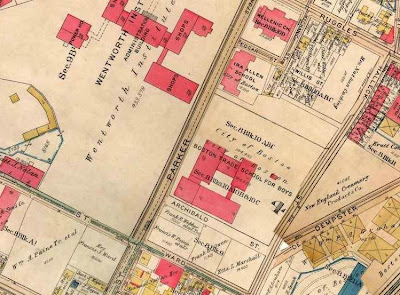 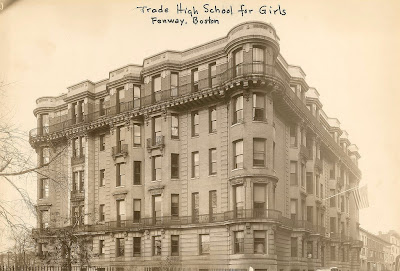 Trade School for Girls. I didn't know this one existed. Girl's Trade supposedly lasted until 1973, although I never heard of it at the time. I've seen reference to a practical nursing program. 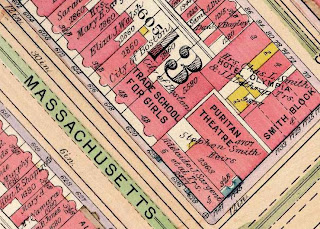 The City of Boston Archive tweeted the original location of Girl's Trade school on Mass avenue near Washington street in the South End. 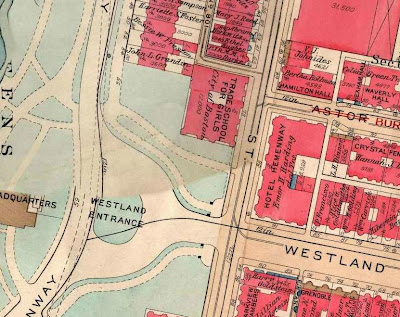 Trade High for Girls, Hemenway street, on the edge of the Fenway. 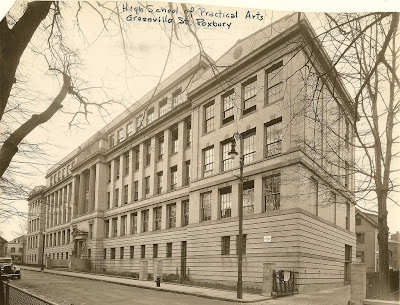 Practical Arts high school (1900-1940). This school seems to have been for students who found academic work unappealing. Thus, the 'practical.' Remember, at the time, very few students went on to college. 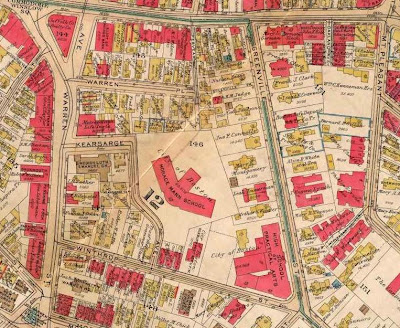 Practical Arts high, school at lower right. Note Dudley street at the top and Warren to the left. This would later become Girl's Latin. 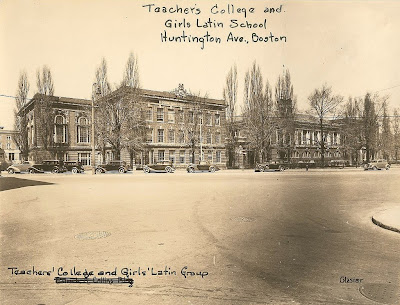 The old Normal school was a preparatory high school for future teachers, typically girls. As teaching became professionalized, training extended to college, and the Boston Teacher's College was founded. When Girl's Latin moved out of the South End, it came here, adjacent to the Teacher's College. When the teacher's college was expanded, Girl's Latin was squeezed out of their home.

Note: Commenter Deb shared this link with information about the various moves of Girls's Latin/Latin Academy. 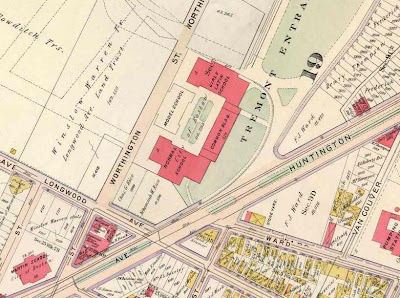 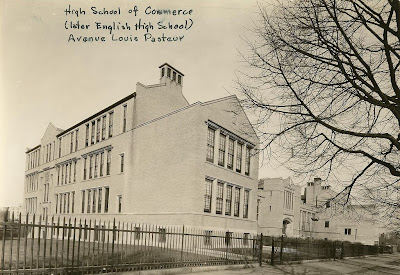 While I remember Boston Trade high school, the High School of Commerce was closed in 1954. I think we can assume a focus on office skills for this school - typing, shorthand and basic accounting skills were tickets to an office job at the time. 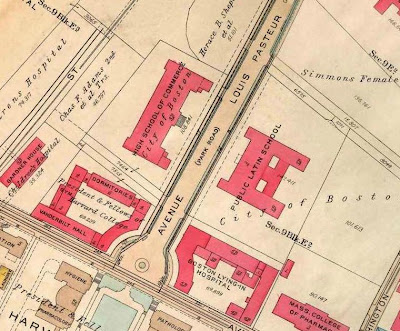 By the time I was in school, English High had replaced Commerce on Avenue Louis Pasteur. English, like the nearby Girl's Latin, would later be bumped from the building. Needless to say, Boston Latin school went nowhere. 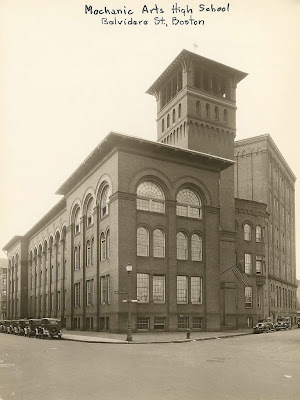 Mechanic Arts high school had a contentious life. The headmaster saw it as a feeder school for M.I.T., while the school department wanted to produce factory workers. In time, the school would be renamed Boston Technical high school, and become a so-called exam school. When I attended in the late 1960s-early 1970s, it was both a college prep school and a shop skill training school. 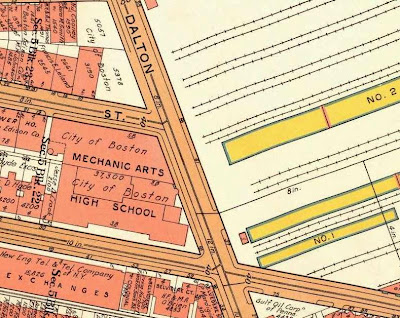 Mechanic Arts high was on Dalton street, overlooking the Boston and Albany train yards in the Back Bay. When the Prudential Center was built, Mechanic Arts/Boston Tech moved to Roxbury, although the building was not actually taken for the project.

Note: all photos are from the City of Boston Archive Flickr photo group.