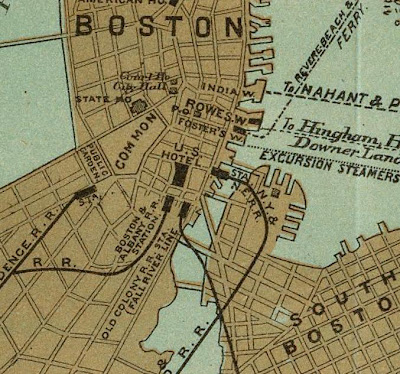 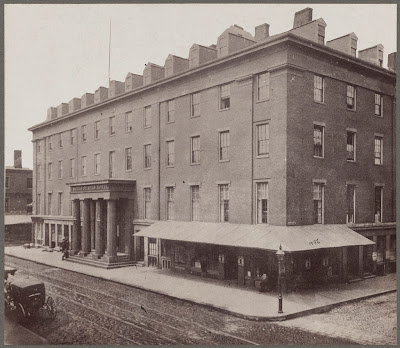 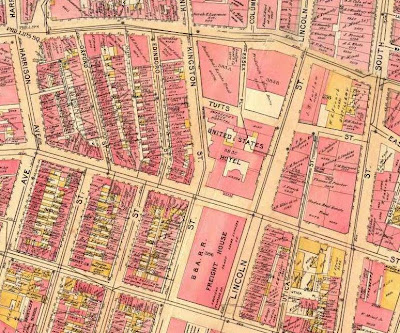 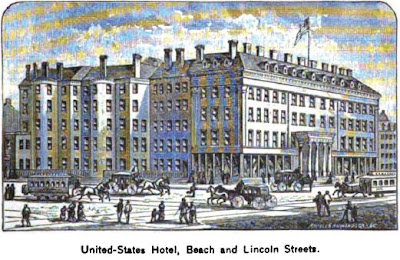 Built 1824, before elevators, the United States was one of the first major hotels in the nation. It was originally four floors, althought the print above shows five in parts of the complex, it was gradually dded to over the years. Daniel Webster, Senator and great orator, was one of the famous residents Taken over by Tilly Haynes in 1879, who happened to be a mapmaker, and who drew the map shown above. The location was right between the city's four southern train stations. It was torn down between 1928-38.
I'm reading: United States HotelTweet this! Posted by Mark B. at 10:00 AM